Animal Pyramid About us 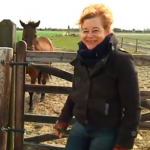 The Animal Pyramid Foundation was founded by its chair Anne van Lith on 3 March 1993. A number of Council Members and other volunteers support her in her activities. Together, they dedicate themselves to achieving the foundation’s objective.

During its years of existence, the Animal Pyramid Foundation has specialised in providing shelter and care to injured or homeless pets that, for whatever reason, have nowhere else to go.

This entails small pets, dogs, cats, rodents, birds and sometimes even fish. Whenever possible, horses and ponies were also given shelter.

After intensive assistance, including aspects such as behavioural therapy, medical treatment and nutrition, the majority of these animals could be responsibly rehoused with carefully selected new owners. The other animals were permanently put up by the foundation.

The Foundation’s activities are supported by volunteers and other organisations, both practically and financially. In 1998, the Animal Pyramid Foundation moved to the village of Gasselternijveenschemond in the Dutch province of Drenthe, and in 2004 to Gasselternijveen.